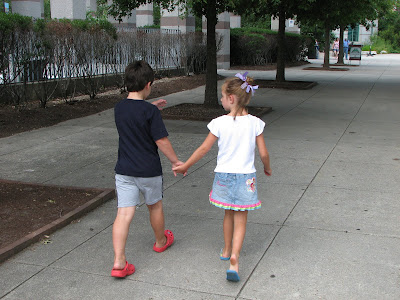 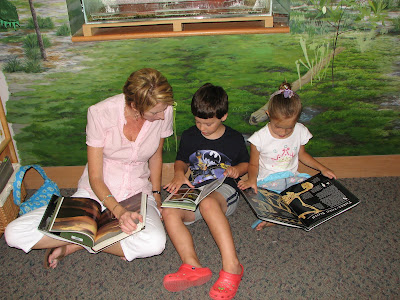 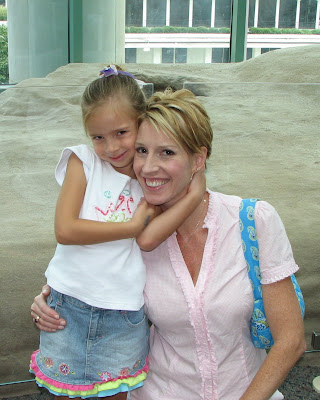 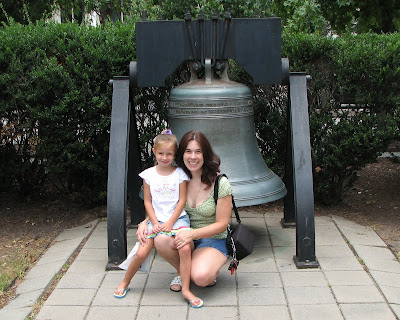 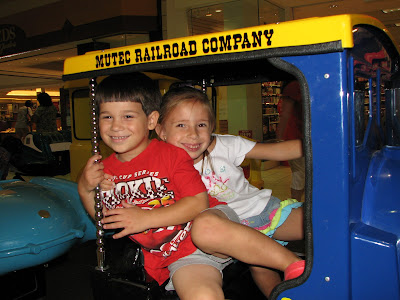 You guys know I don't sit still well. Saturdays are usually full days, and I like it like that most of the time. Today, Christine and Madi wanted to get out, and we decided to go to The Northa Carolina Museum of Natural Sciences in Raleigh. Madi was there once before when she was just starting to walk:-)

We spent about two and a half hours there, and the kids really enjoyed it. I guess if we asked them, the Discovery Room (costumes) was probably their favorite part. Christine liked the butterflies the best (notice picture in album with the one landing on her and then another swirling around her head). We might have stayed longer, but the kids were HUNGRY and really loud about just how hungry they were (as we stood near the museum snack bar telling them we were waiting for a 'real' lunch).

We ended up at the Cary Towne Mall food court for lunch and then spent several hours shopping, along with everyone else, on tax free weekend. Christine and I took turns watching the kids while we did a little bit of clothes shopping for ourselves.

I thought it was a good people picture day. All the pics are here.

I admit that I had a good time today, but I have to mention that two of my best friends didn't have such great days. One friend was involved in a car accident that was serious enough to deploy airbags. Thankfully, she's fine. Another friend lost one of her beloved doggie friends today. What heartache. I hope tomorrow is a better day for everyone. I'm thinking of my friends that didn't have such an easy day today.

Posted by Maryann Miller at 9:52 PM No comments:

Better Picture of the White Deer 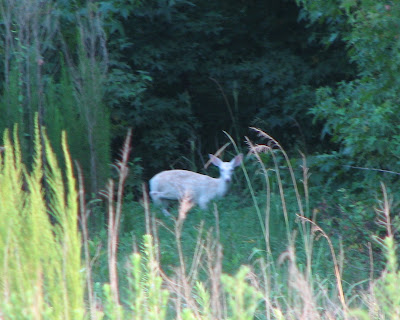 Ya know, I just couldn't live with the bad white deer pictures that I took last night, so I treated the boys and me to Chinese buffet in Fuquay tonight, and then we went back over by Chick-fil-A to see if just maybe we could see the white deer again. I was about to give up when I spotted him about 75 feet away from where he (she?) was last night. I put the car in park and hopped out so fast my heart was pounding in the hopes of getting a decent picture. My hand was shaking for the first picture, then I propped up against the car and got off a few more stable shots before trying to move closer. Meanwhile, another family knew to look for the deer and had stopped to pile out of their car. They were noisy, and although the deer didn't run off, it did walk into the woods out of sight at that point. Anyway, you can certainly see the deer better in tonight's pictures, but the low light and distance from subject certainly don't make for the professional looking picture I'd love to have. I might have to keep trying;-)
The rest of the deer pics and today's pics are here.
Posted by Maryann Miller at 9:59 PM No comments:

Next summer, let's all plant milkweed.
Posted by Maryann Miller at 2:07 PM No comments: 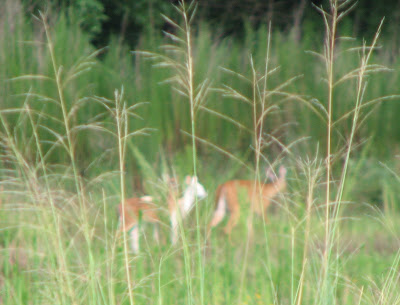 The boys and I were treated to s surprise tonight when we drove into the Chick-fil-A parkng lot tonight...a white deer. Serious! I thought it was a fake and faded hunter's 'practice' deer at first, but then it moved. I have to say my jaw dropped and my mouth was wide open for over 30 seconds before I reached over and grabbed the camera. My pics are disappointing, but at least I think you can tell what it is! Neat! You know I'll be looking every time I go past the FV CFA now;-)

Rest of the pics.

Posted by Maryann Miller at 9:32 PM No comments: 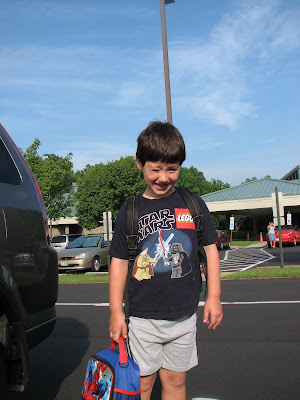 Joey had his first day of kindergarten yesterday. Actually, it was a full day assessment and his first class day starts next Monday (8/4). But, I dropped him off with all his stuff, he was there all day, etc.
He picked out a Batman backpack, a Spiderman lunchbox, a Speed Racer towel for rest time, and Cars themed notebooks and folders. GO FIGURE! I'm sure if we'd run into Star Wars or Lego stuff that would have been in the mix too.
All went well he said. He talked about a new friend named Sydney and enjoying building with smiley face blocks. He looks forward to trying the square pizza and their mashed potatoes and gravy. He said the playground was fun and that they went in the gym where they had a climbing wall for a few minutes. He was fascinated with the sink complete with water fountain that's right in his classroom. He just had trouble comprehending that it was nearly 4pm, day over, when I picked him up.
I think we're off to a good start:-) Way to go Joey!
I managed not to cry...I'd cried plenty on this subject before, so way to go Mom too!
Johnny was asking for Joey yesterday and very glad when he came home, so let's not forget that this is a big change for Johnny too.
Joey tracks out at the end of September for 3 weeks (he's on track 4) for his first break and is of course off for Labor Day.
Posted by Maryann Miller at 1:24 PM No comments: 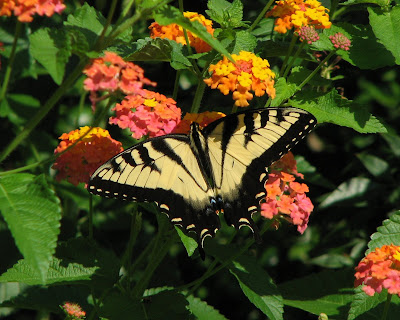 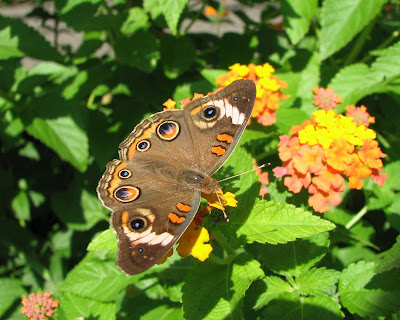 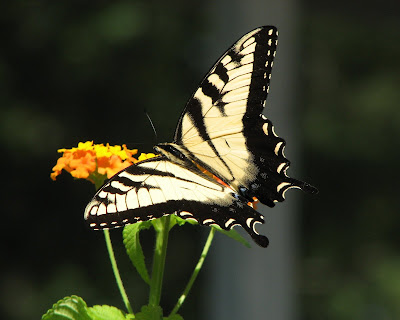 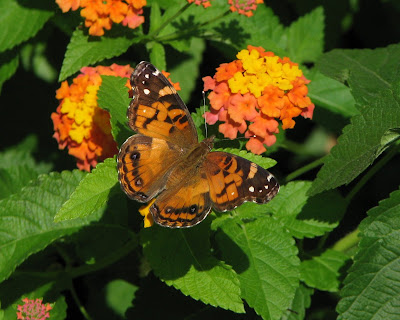 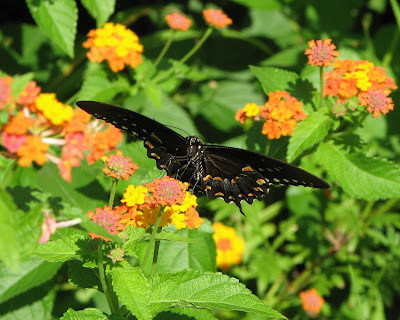 I'm very excited about the butterfly pictures I took yesterday. I have posted them to SmugMug and Picasa.
Posted by Maryann Miller at 1:14 PM No comments: 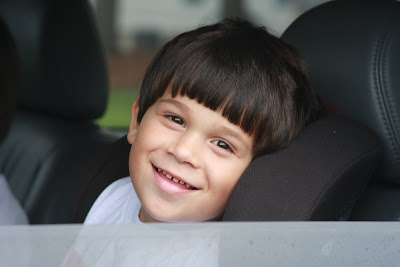 I took this picture with Dad's camera just before Johnny's birthday party on Saturday.
Posted by Maryann Miller at 10:58 PM No comments: 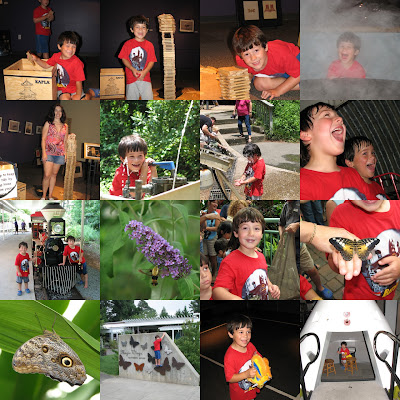 ...of the Museum of Life and Science in Durham. The boys and I have a membership, so it's an easy decision when the boys ask to go to the museum. We arrived around 12:30 today and basically closed the place at 5PM. Joey wanted to do the Kapla blocks first, so we stayed inside for a while. But, our train ride was at 2PM, so we headed outside to play and see the animals before our ride. The boys were quite thrilled with the water area as you can see from the pics. I didn't mind them getting wet until they started sitting in the little 'stream' between the top and bottom parts of the exhibit. Then I had to pull them away. The train ride was great like usual. You'll see how much fun they had screaming in the tunnel. We pretty much timed the whole day around being in the butterfly house at 3PM when they release the butterflies. We were not disappointed today. Joey got to hold a butterfly, and the one that got put on his hand stayed for over 5 minutes. Wow! Johnny tried too, but I have to be more careful with his curiosity. There is a new Carolina butterfly tent off the main building that showcases native butterflies. It's definitely worth a look see. Johnny was so excited by the butterflies today that he picked out a small butterfly stuffed animal:-) By then it started to thunder pretty loudly, so we headed back to the main building instead of the wind and sailboat area. Bummer, but next trip I promise! We finished up by going through the rest of the inside exhibits.
All the pics are here.
The best pics are here.
Posted by Maryann Miller at 10:45 PM 2 comments: 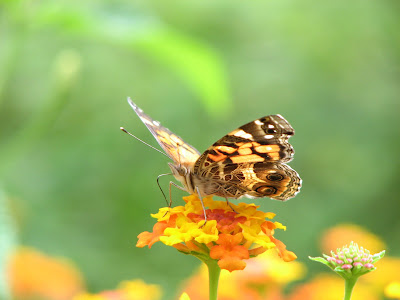 Ya know, if you shoot hundreds of butterfly shots over the course of a summer, you are bound to get a few really good ones. Let's just say I am pleased with this one:-)

There are a few more here.

Posted by Maryann Miller at 9:48 PM No comments: