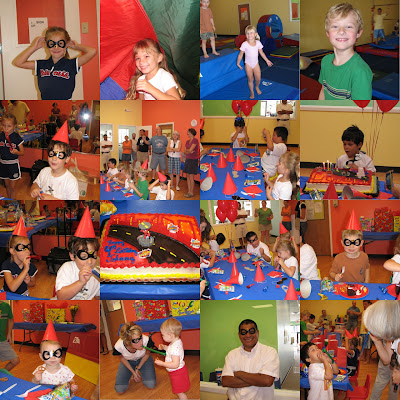 We had Johnny's 4th birthday Party today at The Little Gym in Holly Springs. The theme was The Incredibles. Besides Thomas and Cars, Johnny really loves The Incredibles. It all started one day when we were eating lunch at Blimpies at the Fuquay Wal-Mart and Mr. Henry had The Incredibles DVD playing on the store TV. We owned the DVD, but the boys had paid it no attention. I replayed it for Johnny at home later that week, and he was hooked.
We were joined today by Madi, Eli, Grayson, Celeste, Delaney, Jonathan, and Steven. There were special guest appearances by Poppop, Aunt Debbie, Mr. Henry, and Mr. Don too. Mr. Corey, Ms. Molly, and the rest of the TLG staff really did a nice job of setting up the party room, leading the kids in both group and free play activities in the gym, and serving up birthday cake.
I ended up using eBay to find the cute party masks and rings. The cute red hats I found at Let's Celebrate at Hwy. 40/42. And, thankfully, our local HT still had the cake template in stock.
I bought a nice short sleeve The Incredibles shirt for Johnny, but it was TOO BIG, so mom used an iron and made one.
I have to mention that we all did miss Jacob and Timmy who were hopefully having fun going to the Air and Space Museum near Dulles Airport today while visiting their maternal grandparents on their way to Omaha.
Thanks to everyone who took time out of their weekend to come help us celebrate today. It was great to see everyone, and Johnny definitey had a blast. This is the first time he knew it was all about him, and you could tell he was delighted.
The rest of today's pics are here. Just scoot past the too low light Egret pics early on in the album.
Posted by Maryann Miller at 7:08 PM No comments:

The Vollmer Family headed out on their journey to Omaha today. It's really hard to see such good friends go. I thought I'd put up a few of my favorite and representative pics of all the good times we shared together while I'm trying to cope.

This is Joey and Jacob at the RLP Clifford class Christmas Party on 12/20/2005. Their love of trains and friendship basically started the ball rolling. 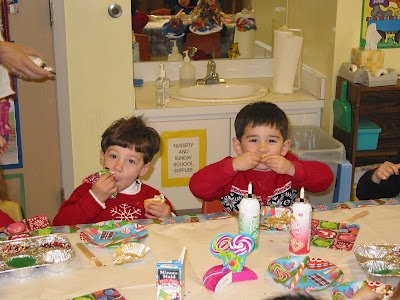 Even thought Johnny and Timmy weren't in preschool yet, they ended up spending a lot of time together because Joey and Jacob were having playdates and hanging out at the park. They're close in age with Johnny only being 6 months older, so they had some things in common and became attached too. Trains were also a common theme for them:-) 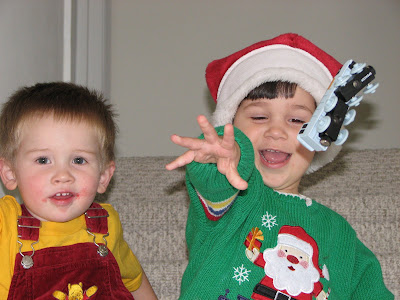 We got to do a lot of really cool things with the Vollmer Family like going to airshows that I never would have taken the kids to on their own. Of course there were many zoo trips, a few trips to the beach, and lots of local museums too! 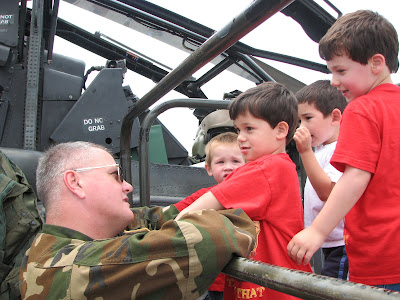 And of course we got to meet a lot of other great, new friends too! 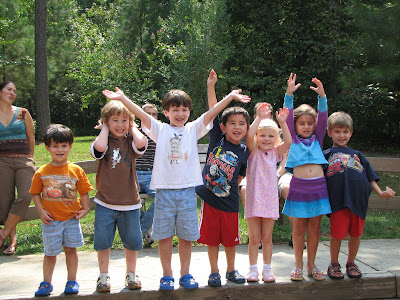 Not too many pictures of me and Patricia since we were always taking pictures of our kids or having our pictures taken with our kids, but Don managed to capture this moment at my 40th birthday party. 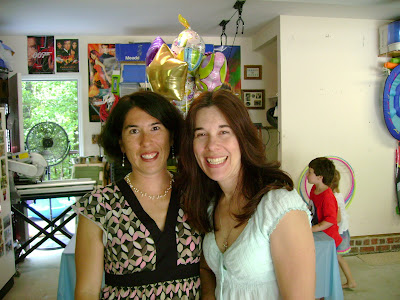 Some people come into your life that are truly wonderful and special and no matter how far away they live or what they move on to do, they always hold a special place in your heart. That's definitely the case here!