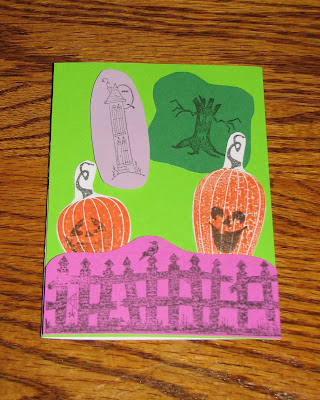 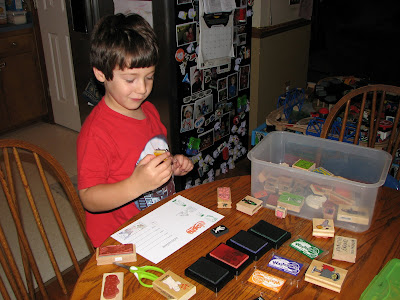 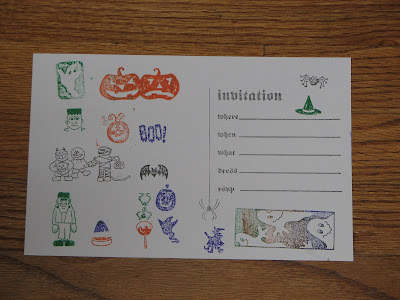 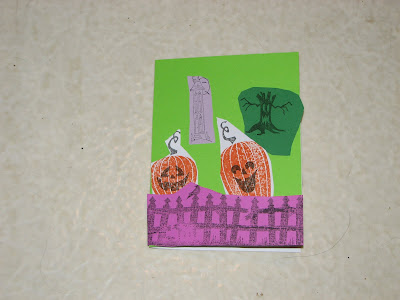 I really wanted to use my spooky Halloween fence stamp, so I tried to think of how I could incorporate it into a Halloween scene. I came up with what you see. I wish my haunted mansion stamp was more like The Munster's house (wider), but it'll do.

I showed the sample to Joey this morning, and he liked and agreed to help me make more.

I had prestamped the cut-uts. Joey and I set out to cut them out; he cut out one set, and I did the rest. Then he used other stamps to finish decorating on the inside while I assembled. It was good teamwork.

Of course we've made these so early we'll need to hold them for a while before mailing, but...

The rest of today's pics are here. Joey made a lot of other nice crayon drawn cards for his mom tonights, and I took some pics of those. 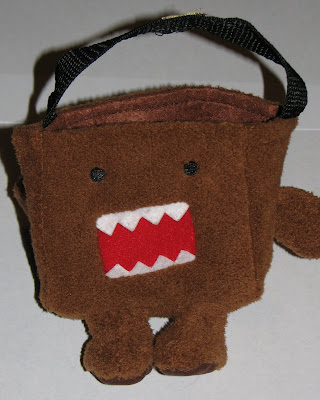 According to Wikipedia Domo arigatoo is a Japanese phrase meaning "Thank you very much". Joey was walking around with Domo, the new monster doll he got at Target yesterday, this morning when all of a sudden Mr. Roboto came into my head. You really should take a step back in time and listen to it. Joey was pretty fascinated with the video about a robot. He and Johnny were talking in robot talk at Target yesterday (to the extent of driving me nuts). Here's a neat video that Target has featuring Domo that I'm sure the little kids will enjoy.
Posted by Maryann Miller at 10:25 AM No comments: 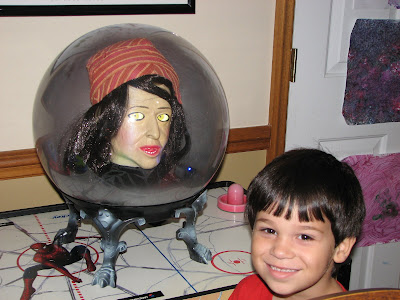 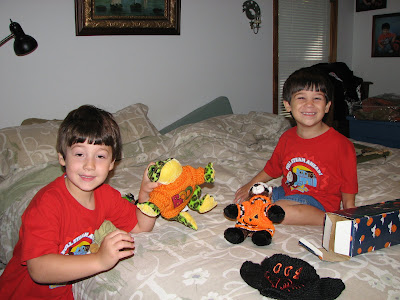 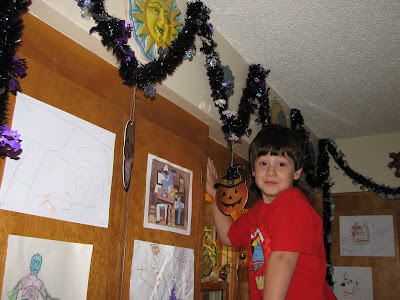 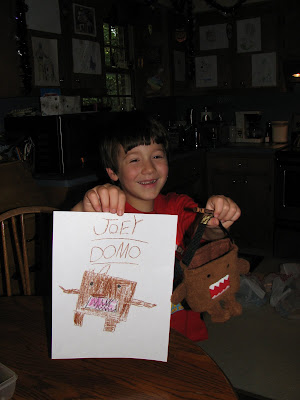 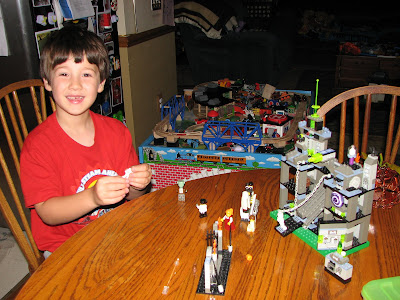 The boys and I continued putting up Halloween stuff in the house this morning. After putting up the first pass of stuff that I got down from the attic, both boys were begging for me. It was hot today, and it was no fun in the attic, but I got down a few more things.
The gypsy was my after Halloween clearance find of the season last year. Joey isn't sure about it; Johnny thinks it is great. It has a motion sensor, and 'she' says some interesting things.
Teddy bears got Halloween sweaters.
The seasonal garland went up in the kitchen too.
After a trip to Target, Joey had fun drawing Domo and his friends (made up by Joey). I guess Domo is Target's advertising 'guy' for the Halloween season this year. He was everywhere in there.
And, last but not least, Joey and I put together the approx. 500 piece Lego Scary Laboratory set (1382). It is soooooooo cool. It has lots of moving parts including a spinner for a skeleton and a teeter totter type thing for Frankenstein.
All the pics are here.
Posted by Maryann Miller at 9:41 PM No comments: