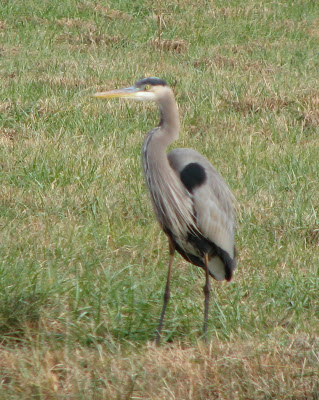 If you're observant when you're out driving, and you have your camera in the car with you, you just might get a picture like this:-) I took this today off Hwy. 42 coming out of Fuquay near a water spot.
Posted by Maryann Miller at 9:00 PM No comments: 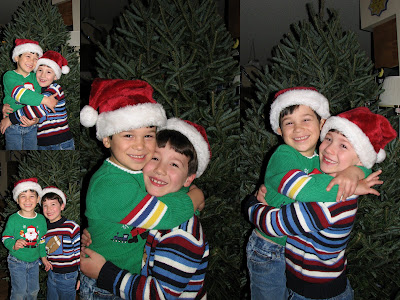 Who can resist a couple of cute boys in Santa hats? Not their mom, that's for sure! They drove with me to get the Christmas tree tonight. Then, I wrestled it into the stand and into the house. Lights are next of course. It's a lot of work, but it's worth it:-) We have a bunch of Hallmark Star Wars ornaments from past years and this year, and afterall, it is the year of Star Wars for this next generation of kids. We can't NOT put up a tree this year Rick hurt or not!
Posted by Maryann Miller at 8:57 PM No comments: 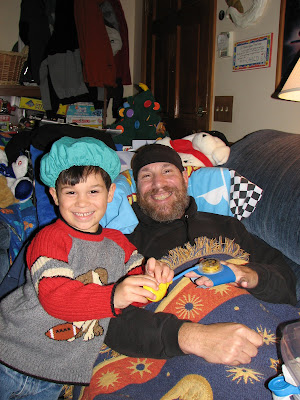 Wow, it's been since 11/25/08 since I put a post on my blog. Thanksgiving has past. Christmas prep is well underway. Problem is, life threw the Goldman family a curve ball on 11/26/08. Rick got home from work early. Dad was on his way up to spend Thanksgiving day with us and eat turkey. The kids and I had been shopping and were in a good mood. Rick decided to clean the gutters on our house in prep for putting up holiday lights. I was super excited about Black Friday shopping.
Rick finished the front gutters, and I thought he was stopping. We don't put lights on the back of the house! Next thing I knew, he was around back...and he fell. I was in my office on the back of the house, and he was cleaning the gutter on the non window wall of the office. I heard a thud and the ladder crashing and another thud. He fell and hit the deck rail and then the ground. He was awake and told me to call the ambulance. Really? That serious?!? I called. They came. Unbelievable...it was the same spot he fell from on May, 14 2004 when I was 7 months pregnant with Johnny no less.

Hours later at the hospital after all the tests, they confirmed that he had 4-5 broken ribs and a broken scapula on the left side and a broken sternum. Bruised lungs too. He would be OK, but he was being admitted.

6 days later, he came home moving slower than usual but moving and home. Pictured is Johnny doctoring him. Rick has a smile from Johnny's good attention and from good pain meds:-)

Work is treating me well as I try to do for the kids what Rick usually does while still trying to work. With the help from some friends, it is going reasonably well. Consider me having tied a knot in my rope until my year end vacation starts on 12/17! Was the Christmas season not hectic enough without this happening?!?

Rick is already walking a lot and restless, so hopefully he'll continue a positive recovery and not be down for the count too long.

Posted by Maryann Miller at 8:42 PM No comments: