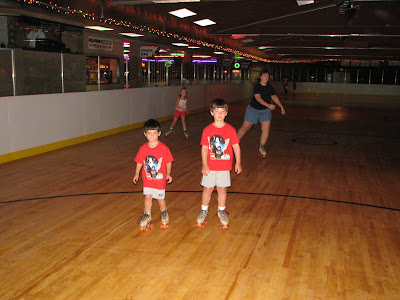 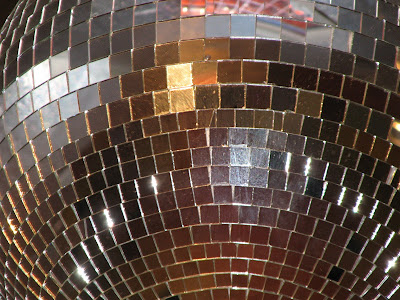 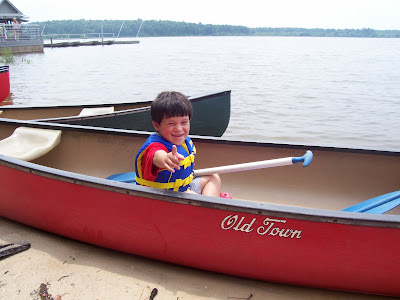 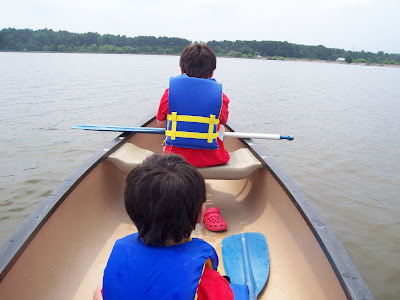 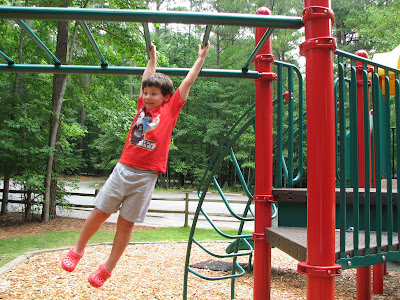 I guess you might as well say that we're doing a staycation this weekend. We're doing tons of stuff and not staying at home much, but we're staying close to home.
Today we went to Jellybeans to rollerskate in the 10AM-Noon matinee. Parents get to skate free then, and it's the right time to take new skaters. I have not been to a real rink since I was 15 probably, and the boys have never been. I mean, we've been out in the street, but not in a real rink. Boy did this bring back great memories. They were playing the right music, the lights were right, I can still skate (and in my 1980s era skates); it was just great. I used to take lessons, and I'd spend most Saturdays at the rink as a middle schooler in Monroe, NC. The kids had a good time, but I'm afraid this was really more for me then for them. The kids started out barely able to skate but were up on their feet for extended times after getting some practice. Johnny was particularly doing well even trying to "Shake, Shake, Shake" with the music and skate at the same time. He was just too cute.
Afterward, we headed to Lake Crabtree County Park. I remembered that they had a nice playground area there. The boys were excited and played on the playground for quite a while. Johnny went down the fireman's pole for the first time that I've seen. Joey tried to do the horizontal ladder swinging his arms left then right but wasn't able to keep going. Still, he did better today than other days. After wearing them out at the playground, I suggested that we take out a canoe. Both boys were excited, so off we went. I am pleased to say that we all stayed dry. That's a success! Johnny sat on the floor of the canoe in the middle because there are only two seats, and he did a great job at sitting still. He was so motivated not to fall into the water that he didn't move a muscle...poor guy. We stayed out about 45 minutes and called it a day. We were ready to get out of the sun and humid air.
We tried to go to the ClubWorx pool to cool off, but the afternoon storms rolled in, and they closed the pool.
The rest of the pics are here.
The fireworks at the NC Fairgrounds were rained out last night. They are supposed to go off tonight, but there's rain in the area again. Here are a few pics last night at our usual spot before we had to pack up and leave.
Posted by Maryann Miller at 6:01 PM 1 comment: 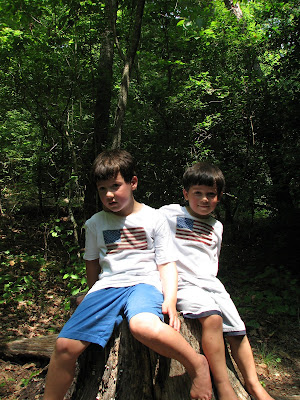 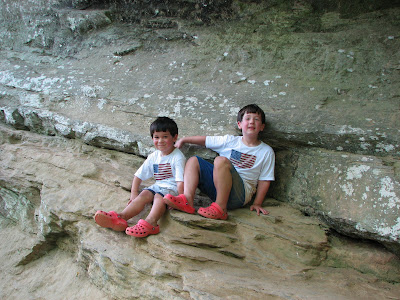 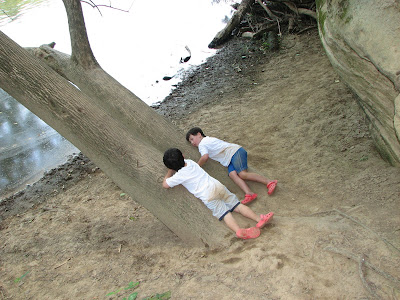 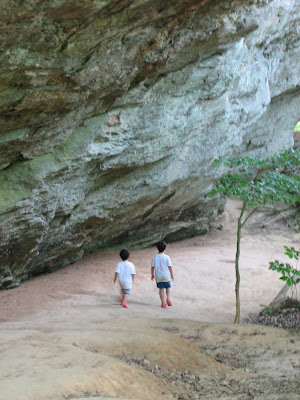 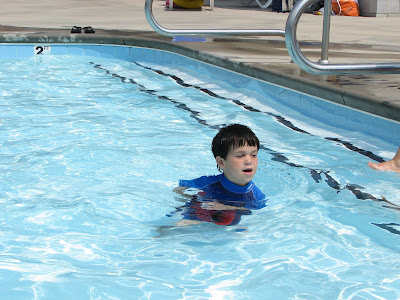 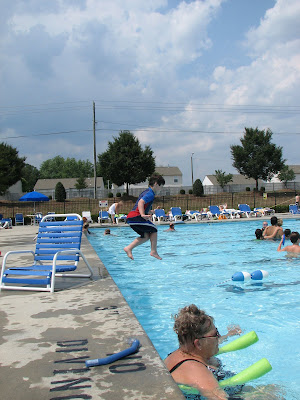 I took the boys to Raven Rock State Park midday today. Joey was there once before as a toddler with Rick, but he didn't make it to THE rock that day. I hiked it once before with some friends, but it was pre Joey. Today, it was hot and buggy and we went down the wrong trail to start, but I'm proud to say that we did make it to Raven Rock. I told Joey and Johnny that some things in life that are worth doing turn out being hard to do. But, it should feel good to stick with it (giggles).
After Raven Rock, I promised the ClubWorx pool. This was our first trip this year. It seems that July 4th is usually the first weekend we go. Johnny really enjoyed being able to hang out at the steps and walk around the 2 foot section. It was a refreshing end to our sweaty hike.
Tonight at bedtime, Joey thanked me for taking him to THE rock even though he was walking slow:-)
All the pics are here.
Posted by Maryann Miller at 7:18 PM No comments: 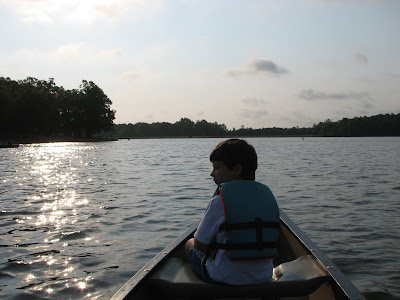 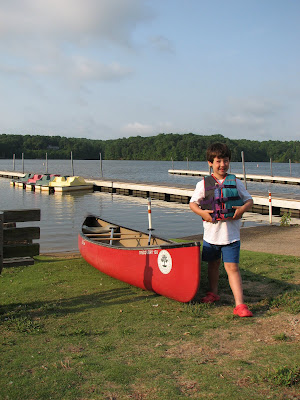 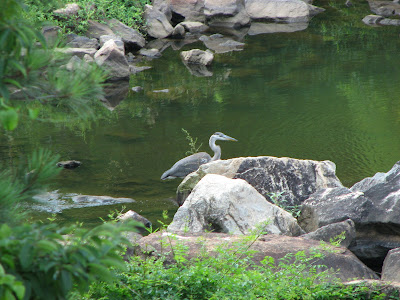 Joey and I had a successful canoe trip at Lake Wheeler this morning. It's the first time I have been out in a canoe since I was 10. Joey has been out in pedal boats, but I don't think in a canoe. We got there around 7ish and were on the water by 7:15. A very nice park ranger gave us the basics, and a push off, and we were on our way. We were instructed to head west against the wind to start. We went about half way to the Penny Road construction area when I turned us around. We needed to get back so Rick could go to work or I might have gone farther. We saw several fisherman/boats and rode a few boat wakes. The first boat wake was the only time we nearly capsized. Joey and I were not prepared for how it would feel. It rocked us back and forth pretty good. We turned around and manuevered our way back and were gone right at an hour. What fun for only $4. On the way out of the park, I stopped and took a few Great Blue Heron shots near the dam.

The rest of the pics are here.
Posted by Maryann Miller at 5:56 PM No comments: